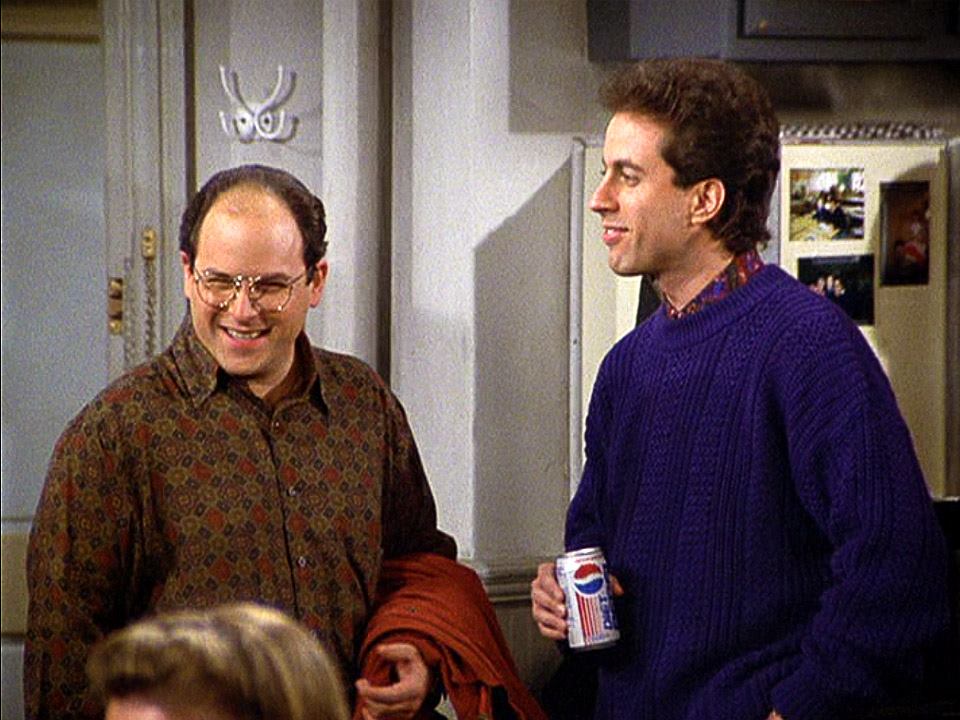 I've got so much hand I'm coming out of my gloves.

Kramer joins the "Polar Bear Club." Jerry gets one of Kramer's Pez dispensers which makes Elaine laugh during a piano recital of George's girlfriend, and that puts their relationship in jeopardy. Kramer has an idea for a cologne that smells like the beach and suggests that George make a preemptive breakup with his girlfriend, that will give him the "upper hand." The Pez dispenser has a remarkable effect during a drug confrontation.

George: You can't break up with me. I've got hand!
Noel: And you're gonna need it.

Kramer: Well, it's these people-- they go swimmin' in the winter. They're terrific; I just took my first swim today. Brrrrrrr! It's invigorating....
Jerry: Yeah... So's shock therapy.

Jerry: I don't have a good apartment for an intervention. The furniture is very non-confrontational.

George: (working on a crossword) What's a three letter word for candy?
Jerry: I could never do those things.

Jerry: (to George) You've never been to a flea market and you think they have fleas there.

Kramer: Is this the interference?

George: I've got so much hand I'm coming out of my glove.

George mentions that Noel was playing the "Waldstein" sonata which is Beethoven's Piano Sonata #21, Op. 53. Later at the recital the actual piece Noel is playing is another Beethoven Piano Sonata, #8 "Pathetique" Op. 13.

While talking to George in his apartment, Jerry has a Diet Pepsi. The drink can turns and appears in and out of Jerry's hand throughout the entire scene.

After the recital, when George, Jerry and Elaine are beginning to talk outside the dressing room, George is facing the door, and then he is suddenly facing Elaine.

When Jerry tells Kramer that his cologne idea actually seems like a good idea, Kramer is pointing his finger in one moment and in the next moment his hand is running his fingers through his hair.