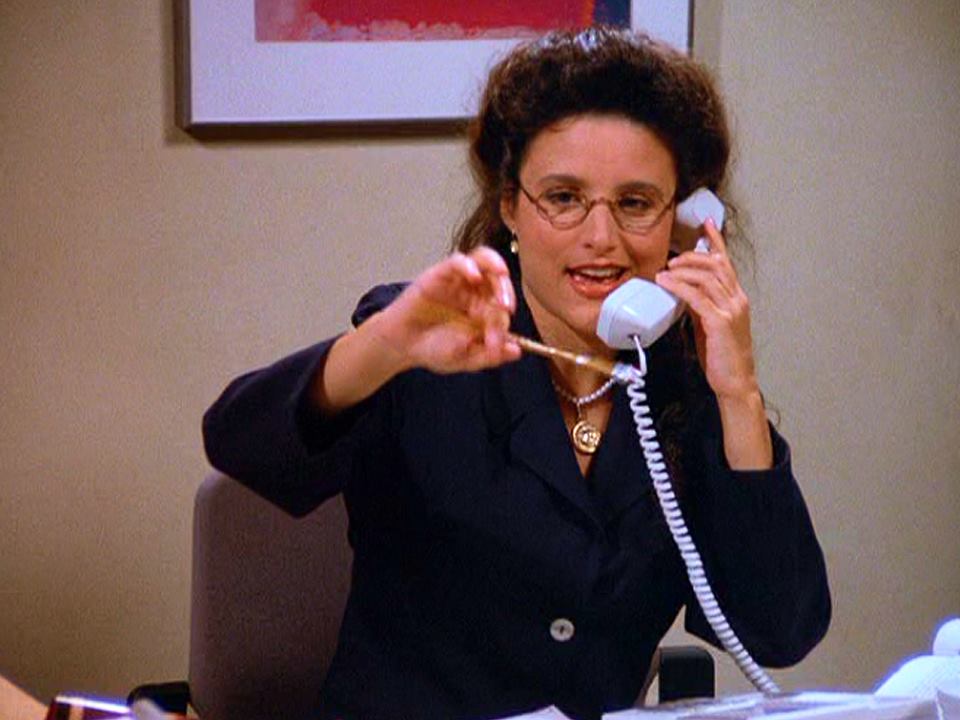 Hey, I got a rubber-pencil thing happening here.

Jerry and George begin to work on the pilot for the series they pitched to NBC. Jerry says the wrong thing while "messing" around with one of Elaine's co-workers. George & Susan tell her father about the cabin fire, he becomes distraught and letters saved from the fire soon explain why. Kramer goes to the Cuban Embassy in search of cigars and makes a deal.

Elaine: (apologizing for Jerry) It's very hard being a stand-up comedian. Sometimes they don't laugh!

Kramer: (disdainful of public golf courses) It's crowded, the grass has big brown patches in it, they don't rake the sand traps. Not to mention the caliber of people you have to play with!

George: I have tremendous respect for people who work with feet. I mean, to dedicate yourself to the foot... You're toiling in virtual anonymity.

Elaine: Maybe I'll go visit my mother. She just bought me some new panties and they're all...laid out for me.

John Cheever was indeed bisexual. His stories in novels often revolved around the conflicts and secrets of upper middle-class families in the suburbs of New York.

At the end of this episode, Elaine's line "I gotta go visit my mother, I just got new panties, and she laid them out for me!" received such a loud and long response from the studio audience that it had to be shortened and lowered in editing.

George calls the Cheever book he is reading "The Falconer", however the title is actually just "Falconer."

When Jerry tells George about his girlfriend Sandra's dirty talking, the ketchup bottle is sitting on the table. In the next cut, it's automatically in George's hand.

When George and Susan are having dinner with Susan's parents, the clock on the mantle reads 8:20 throughout the scene.

At the very beginning, George and Jerry have colored notebooks to begin writing their script. Jerry starts out with a pink notebook, but later he has the blue notebook.