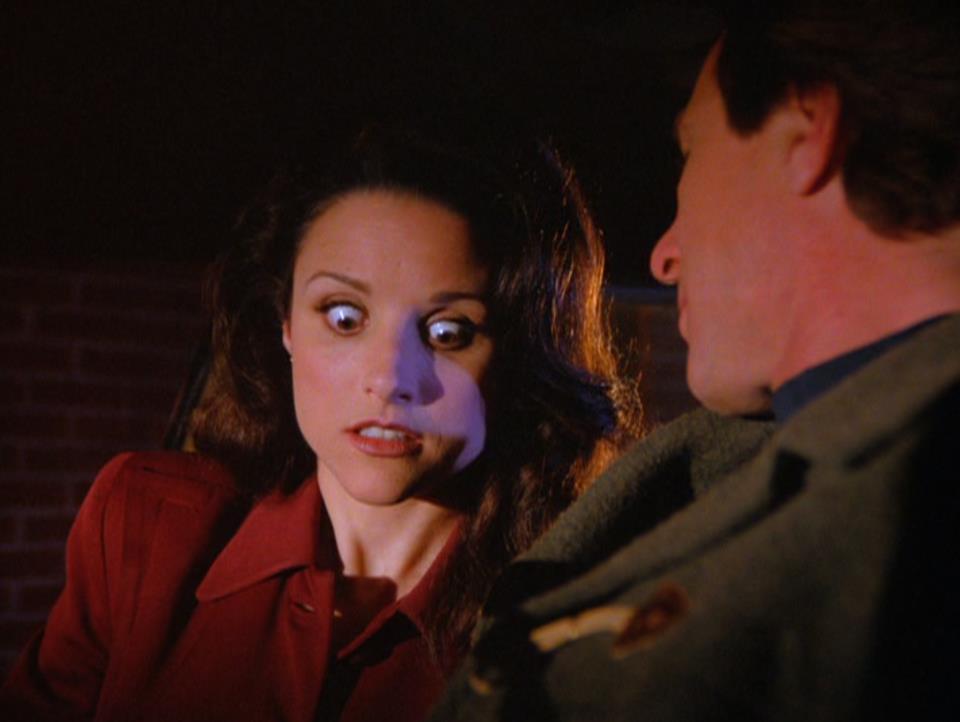 Kramer talks his stand-in friend, a "little person" into getting lifts, to keep his job. Jerry visits a sick friend, who's in need of a good laugh, at the hospital. George and his latest girlfriend have nothing to say to each other, he wants to break up, but won't when he finds out she is being urged to break it off. One of Jerry's friends "takes it out" while on his first date with Elaine. Jerry's friend takes a turn for the worse after his first visit, so he tries again.

George: You know what I've come to realize? I'm not just bored; I genuinely dislike her.
Jerry: Well, how long you are going to keep this up?
George: Hey, I'll get married if I have to. Al Netchie will think twice before he opens his mouth about me again.
Jerry: You know George, they are doing wonderful things at mental institutions these days

George: If you can't say something bad about a relationship you shouldn't say anything at all.

Jerry: So you were talking, you're having pleasant conversation, then all of sudden...
Elaine: Yeah.
Jerry: It?
Elaine: It.
Jerry: Out?
Elaine: Out.

Jerry: How do you stop a kid from growing?
Kramer: (to Mickey) I told you, you should offer him some cigarettes.
Mickey: I offered him cigarettes, but his stupid mother is hanging around. She won't let him have any.

Kramer: Hey. Hey how was your date with Phil Tatola?
Elaine: He took it out.
(Kramer acts shocked)
Kramer: Maybe uh, it needed some air. You know sometimes they need air, they can't breathe in there. It's inhuman.

Elaine: If you were a woman, would you go out with him?
Jerry: If I was a woman, I'd be down at the dock waiting for the fleet to come in.

Elaine: So now you're going to keep going out with her, for spite?
George: Yes, I am.
Jerry: Yeah, I could see that.

This marks the first appearance of Danny Woodburn as Mickey Abbott.

George's line "can't you just switch with another midget" was later dubbed over so that the word "minute" replaces "midget".

When Jerry asks Elaine how her date was, she has one hand on her lap and the other down by her thigh holding her purse. When she replies the date was interesting, both of her hands are suddenly folded on her lap.