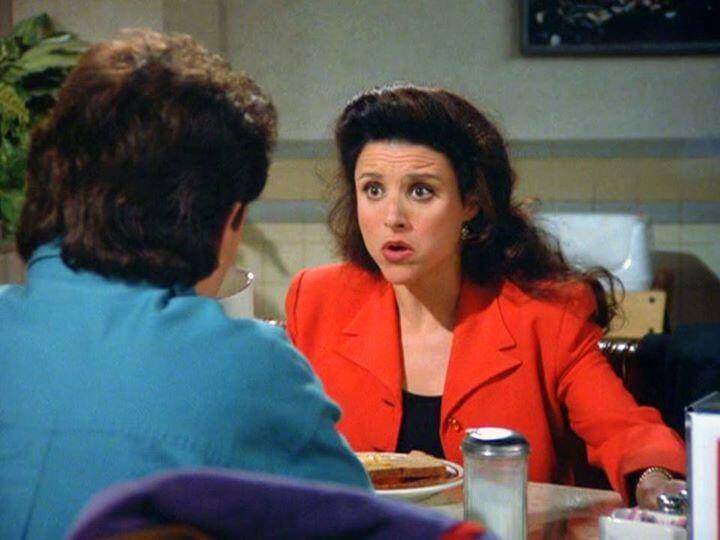 Jerry and his girlfriend get some time alone with each other at a movie, Schindler's List, they don't see it; however, Newman sees it and them. A delay in the shipment of the raincoats will make the Seinfelds miss their flight to France, George uses this as an opportunity to get his "little" brother back to his father. The Seinfelds manage to avoid meeting the Costanzas in New York City.

Helen: How could you?
Jerry: How could I what?
Helen: You were making out during Schindler's List?!
Jerry: What? No.
Morty: Don't lie, Jerry!
Jerry: (turns) Newman!

Elaine: (on Aaron) I can't even say anything, you know, because all he's really doing is being nice, but nobody is this nice. This is like certifiably nice.

Newman: Him and his little buxom friend Rachel were going at it pretty good in the balcony.
Morty: What?
Newman: What, do I have to spell it out for you? He was moving on her like the stormtroopers into Poland.
Helen: Jerry was necking during Schindler's List?
Newman: Yes, and a more offensive spectacle I cannot recall!!

George: (to Joey) Where the hell is your FATHER?!

Kramer: Have you ever had really good paella?
Morty: Not really.
Kramer: Oh, it's an orgiastic feast for the senses. A festival of sights, sounds and colors.

Elaine: (on Aaron spending time with Helen and Morty) Don't you find that abnormal?
Jerry: It is a tad askew.

For this 2-part episode, Judge Reinhold was nominated for the 1994 Emmy Award for "Outstanding Guest Actor in a Comedy Series". Note

When Aaron says, "I could have done more. This watch could have bought them another dinner," he is making a reference to "Schindler's List" where Liam Neeson's character laments he had done more to save lives in the Holocaust.

This is the first episode where someone other than Jerry says "Hello, Newman". In this case, Jerry's mother says it.

When George is talking to Rudy about the buying the cloths back, in one scene they're face to face, and then in a split second George has to walk over to the counter and hand money over the counter to Rudy.