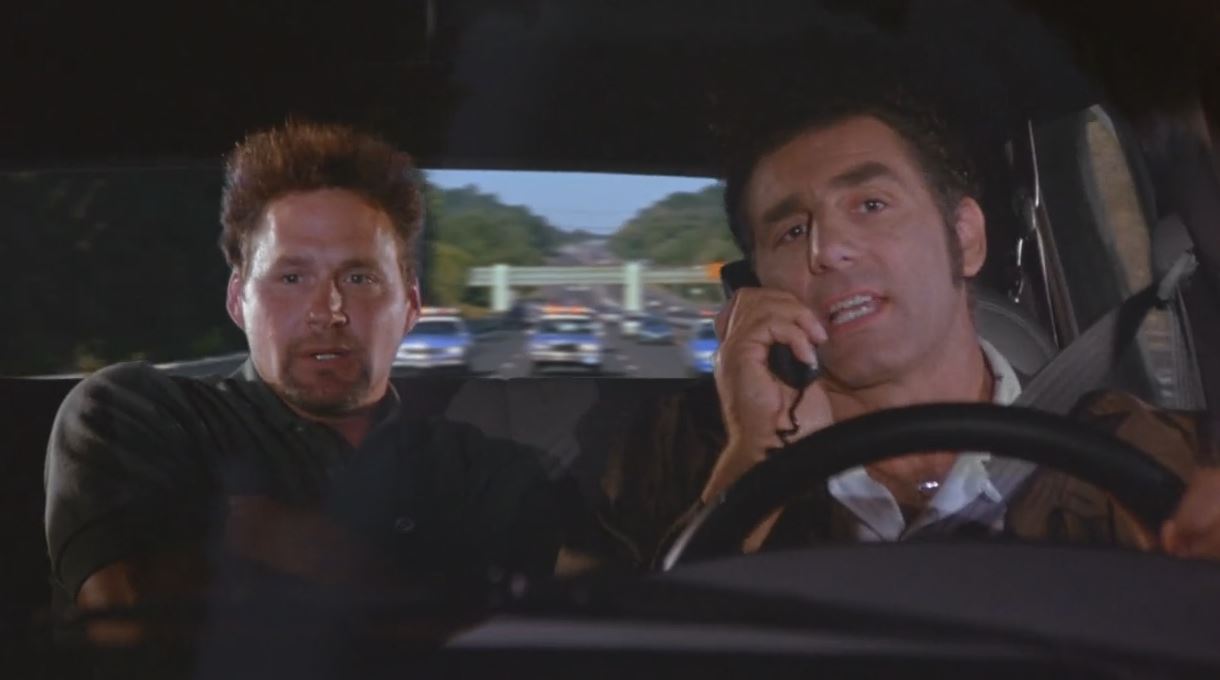 Elaine's boss wants a special mechanical pencil, so Elaine tries to get one from a stationary store where the clerk has a thing for her. George and his girlfriend pick up a "big salad" for Elaine, that his girlfriend gives to Elaine and she thanks her. Later, George points out that he bought the "big salad." Jerry discovers that his current girlfriend once dated Newman, who broke off his relationship with her. Kramer plays golf with an ex-ball player who breaks a rule of golf, they have a fight, and later the ball player is wanted for questioning in the murder of a dry cleaner, where a golf tee was involved. Kramer later helps him evade the police in a white Ford Bronco. The big salad causes tension between Elaine and George.

Elaine: I think he's got ideas.
Jerry: I wonder if any woman every said that about Einstein?

Newman: (about Margaret) She wasn't my type.

Kramer: Hey, a rule is a rule, and let's face it, without rules there's chaos.

Jerry: Newman never stops seeing anybody. Newman will see whoever is willing to see him.

George: Hey, you want to get some lunch?
Jerry: Just had a big bowl of Kix.
George: Oh well, that's very mature.

George: I think I would like to play with dolls.

The whole bit about George being upset because he got a salad for a character and she didn't thank him was based on a real incident between Larry David and the show's editor Janet Ashikaga.

Lauren Bowles, who plays a waitress at Monk's Cafe, is actually the younger half-sister of Julia Louis-Dreyfus. Lauren and Julia have the same mother.

In Newman's apartment, when Jerry comes to visit and Newman opens the door, you can see a he was sitting on a pillow featuring a pterodactyl. Is this a reference to Jurassic Park, which Wayne Knight was in a year before? Incidentally, this seems to be the same pillowcase that we once saw in George's bedroom.

In the taxi cab scene where George is telling Elaine that he paid for the big salad, the entrance to Ed Sullivan Theater with Dave Letterman's "Late Show" sign is visible on the left side of the screen in the background.

Kramer and Gendason's car chase is a spoof of the O.J. Simpson chase, including Kramer's quote, "You know who I am, dammit!"