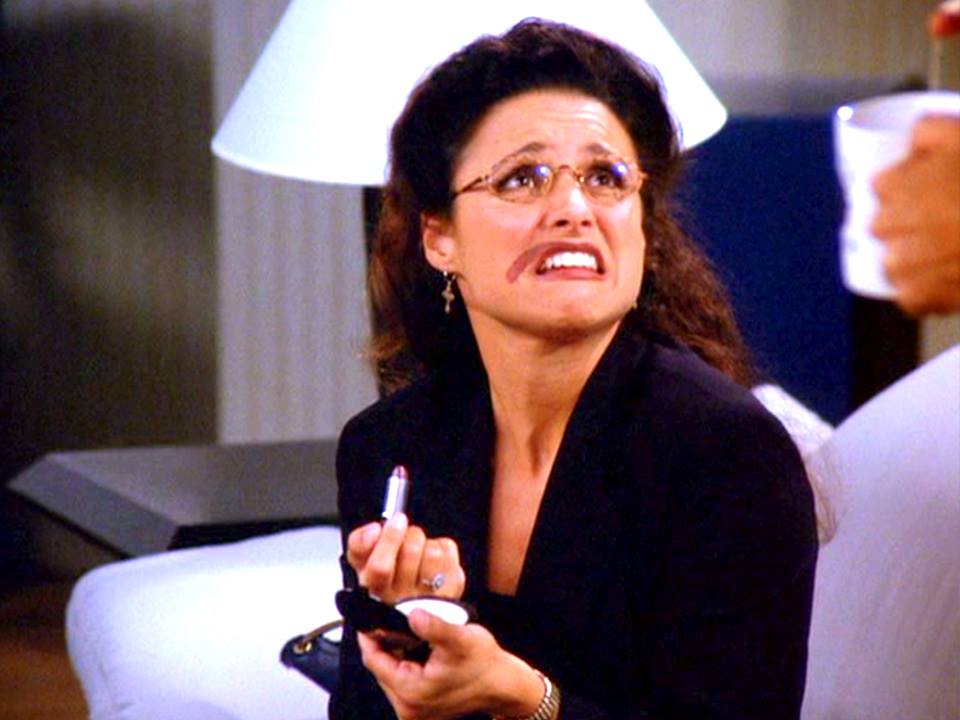 Elaine begins to date the guy who delivers Jerry's new couch. Kramer plans to start the pizza business he thought of back in "Male Unbonding" with Poppie. George joins a book club, but tries to rent the movie so he can bluff his way through the meeting. Jerry and Elaine's discussion of the abortion issue causes trouble for Poppie, Elaine's relationship & Jerry's new couch. George spends the evening with the family that has rented the film.

George: (to Jerry) I got a feeling I'm going to be much smarter than you pretty soon.

George: If it's not about sports, I find it very hard to concentrate.
Jerry: You're not very bright, are you?
George: No I'm not. I would like to be, but I'm not.

Jerry: Poppie peed on my sofa!

George: You know what I love? How there's two nuts named after people: Hazel and Filbert.

Jerry: (on Elaine's boyfriend) What is his stand...on abortion?
Elaine: Well, I'm sure he's pro-choice.
Jerry: How do you know?
Elaine: Because he, well...he's just so good-looking.

Jerry: (admiring his new sofa) What do you think Lainey?
Elaine: Well, I don't know. I'll have to sit on it.
Jerry: Oh no. I don't want anyone sitting on it.

The "wet spot" that Poppie leaves behind on Jerry's new couch, is actually there (hidden by newspapers) before actor Reni Santoni sits down. As he sits, you'' notice that he moves the newspapers aside at the last moment.