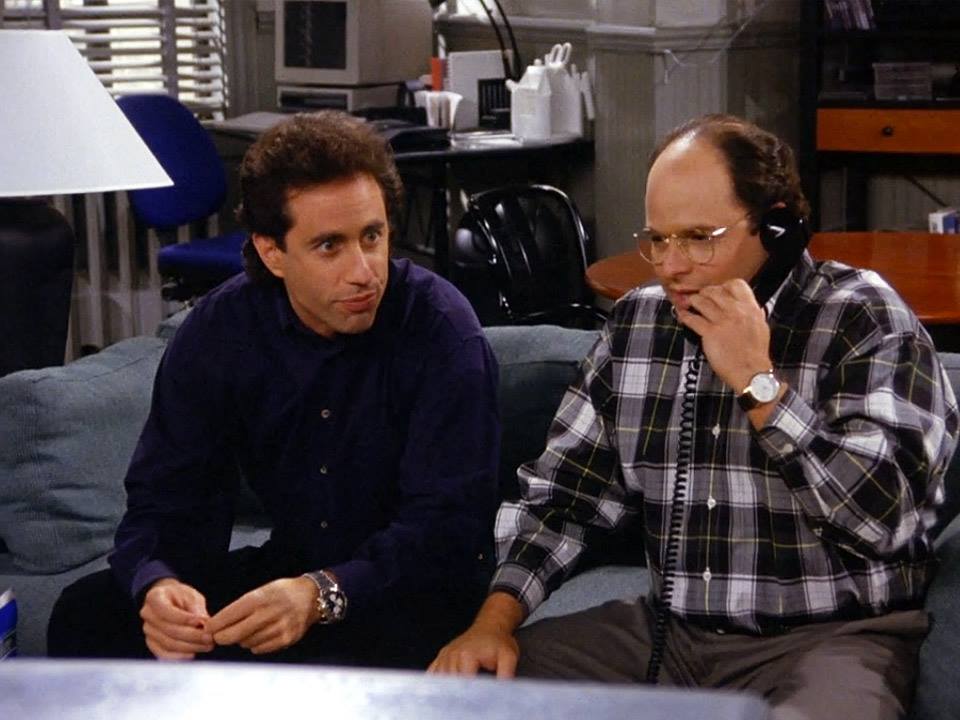 It was not in the garbage, it was above the garbage... hovering like an angel.

George and Kramer convince Jerry he'll be missing out on something if he stops dating a Romanian Olympic gymnast. Jerry and Kramer find out about one of George's bathroom habits. Kramer must pass a kidney stone. The mother of George's girlfriend sees him eat something out of a trash bin, later cleaning a windshield & one of his bathroom habits. Elaine's boss becomes obsessed with finding the image in a 3-D painting, so he sends her to represent him in a huge merger deal.

Kramer: That sex will melt your face.

Jerry: (talking to Kramer) Boy you can really talk some trash. I guess that's better than eating it. (looking at George)

Katya: In my country, they speak of a man so virile, so potent, that to spend a night with such a man is to enter a world of such sensual delights most women dare not dream of. This man is known as the "Comedian". You may tell jokes, Mr. Jerry Seinfeld, but you are no Comedian.

George: I think she finds my stupidity charming.

Kramer: (on going to the circus) But I'm afraid of clowns.

Mr Pitt: (doing the Nazi salute that makes him look just like Hitler) And our stock will rise high!

Jerry: (to George) Well, you, my friend, have crossed the fine line that divides man and bum. You are now a bum.

Jerry: So let me get this straight. You find yourself in the kitchen, you see an eclair in the receptacle, and you think to yourself, 'What the hell, I'll just eat some trash.

Jerry: (to George) Knowing you is like going into the jungle: I never know what I'm going to find next, and I'm real scared.

This episode aired on NBC's "Blackout Thursday". The idea was to have each of their Thursday-night sitcoms prominently feature a blackout. While "Friends", "Mad About You" and "Madman of the People" all did, Larry David refused to cooperate.

After Elaine grabs Mr. Pitt by the lapel with inky hands, the ink stains vary markedly between cuts, and vary again when he is addressing an audience at the end of the show.

Kramer drops popcorn, chips, napkins, a cardboard tray and several other items before he rushes into the bathroom. When comes out, implied to only be about a minute later, the floor is clean except for the popcorn.