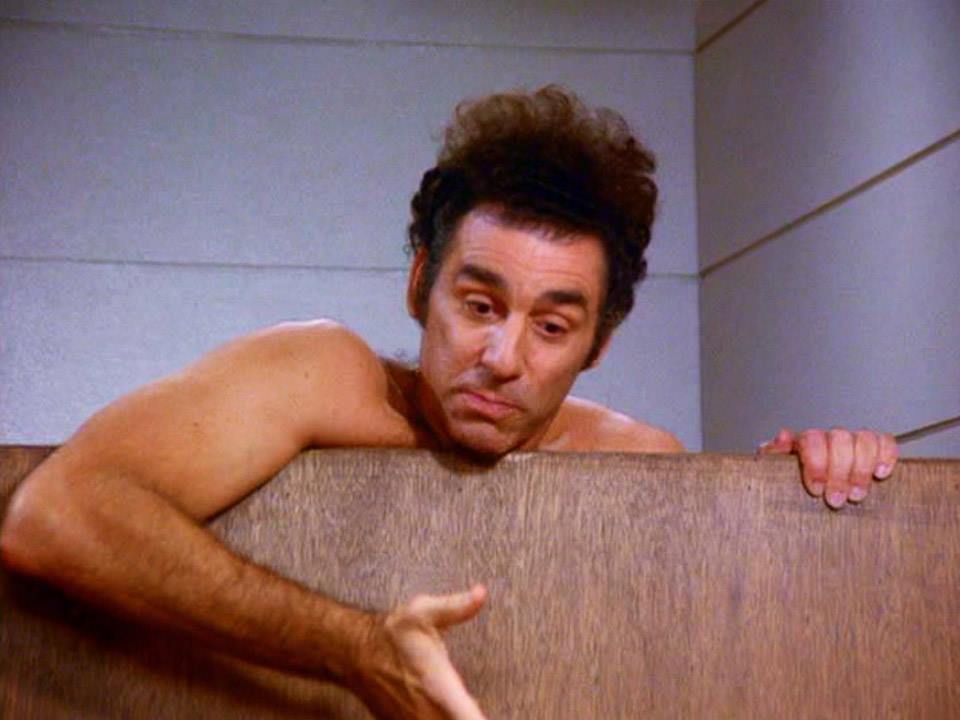 Yeah, I just sold my suit to Bania for a cool three-hundred.

At the movies, Jerry thinks he sees his drycleaner wearing his clothes, and Kramer gets Uma Thurman's phone number. Elaine buys a fancy dress, but soon begins to suspect that the store uses flattering mirrors. Meanwhile, George is proud of his responsible choice of who to hire as his new secretary. But, when things turn romantic, it puts George in an awkward position.

George: (to Ada) I'm giving you a raise!

Kramer: When you're shopping on Madison Avenue, you don't want to skip on the swank.

George: I would give up red meat just to get a glimpse of you in a bra.

George: I am telling you Jerry, having a secretary is incredible, I don't know why I didn't have one before.
Jerry: Because you didn't have a job?

George: You're extremely attractive, you're gorgeous. I'm looking at you, I can't even remember my name.

Bania: For our next meal, do you think we should come here, or should we go someplace else? You know it has its pros and cons. On the one hand, here, you're guaranteed a great meal. On the other hand...
Jerry: (interrupts) Yeah, yeah, I know. This would be good, but it would be the same. But if we go some place else, it would be different, but it might not be as good. It's a gamble. I get it!

Jerry: Where are your clothes?
Kramer: I told you, I sold them to Bania.
Jerry: You mean what you were wearing?! How'd you expect to get out of here?
Kramer: Well, I didn't think ahead!

Jerry: I saw you stepping out last night wearing my houndstooth jacket.
Dry Cleaner: Jerry, that's a breach of the dry cleaners' code.
Jerry: You need a code to tell you not to wear people's clothes?

When Jerry enters the changing room to talk to Kramer, a wallet is visible secured in the elastic in the front of Kramer's boxer shorts. Moments later the wallet has disappeared.

Kramer enters the changing booth to screen left. He peers at Elaine from this booth. Later it is revealed he has been in the booth for over an hour, but he is now in the booth screen right.

When Elaine goes to the department store to return the dress, we can see between the cutouts that she's wearing a white bra. When she goes inside the dressing room to change and Kramer surprises her, she's now wearing a black bra.

When Elaine argues with the saleswoman and says, "That's preposterous!" a woman in the background sits down twice.

When Elaine walks out of the back room to show Jerry and George the dress, she takes about two steps and in the next shot is already standing right next to George.