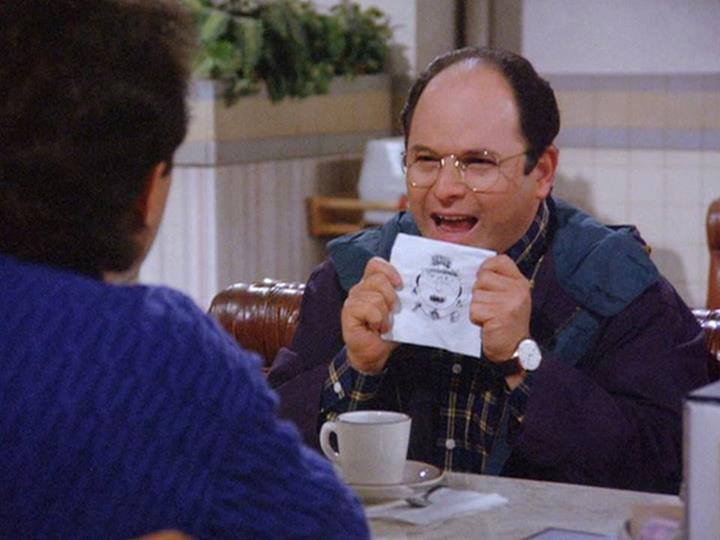 Jerry discovers that his apartment is infested with fleas. As it's being fumigated Elaine can't get at a manuscript she needs for a job interview, Kramer loses his sense of taste, and Jerry's obsession with hygiene gets him into his girlfriend's bad books. Meanwhile, George finds out that his girlfriend doesn't care about looks

George: I suppose we could go to Lincoln Center and I'd be wearing sneakers and jeans and that would be fine, too.
Paula: You can wear sweatpants.
George: (stunned) I could?

Newman: (to Jerry) So you have fleas. Maybe you keep your house in a state of disrepair. Maybe you live in squalor.

Kramer: I used to have fleas.
Jerry: What did you do about them?
Kramer: What do you mean?

Kramer: (eating a Mackinaw peach) It's like having a circus in my mouth.

Leo: (sees Elaine) They said they were sending an Asian woman.

Jerry: (sniffs wrappers) I know the chunky that left these Chunkies... Newman!!

Paula: (to George) You could drape yourself in velvet for all I care.

Elaine: The point, George, is she likes you.
George: Oh, so what. I'd rather she hate me and thought I was good looking.

Jerry: See, the thing of it is, there's a lot of ugly people out there walking around but they don't know they're ugly because nobody actually tells them.

Jerry: Oh man, did you see that? I ate discarded food!
George: Well, I've done that.
Jerry: Yeah, but with you it's intentional.

George: You know Jerry; I've been searching for someone a long time. Well, the search is over.
Jerry: And now the search for the right psychiatrist begins.

Jerry: (about George) When he's dead he'll be relieved.

Christa Miller-Lawrence appears as Paula, a woman who is dating George, previously appeared in "The Sniffing Accountant" as Ellen de Granmont, a women who was disgusted by George when he "felt her material".

In a deleted scene, it is shown that Buford, the bulldog that chases Newman in the final scene, is the dog that gave him fleas in the first place.

When Kramer closes the door of Jerry's apartment you can see the lights are on. However, when Elaine goes inside to search for the manuscript it is dark.

When George says, "She thinks I'm ugly!" and sits on the couch, he faces forward. When Jerry goes to sit next to him, George is suddenly looking up and to the side.