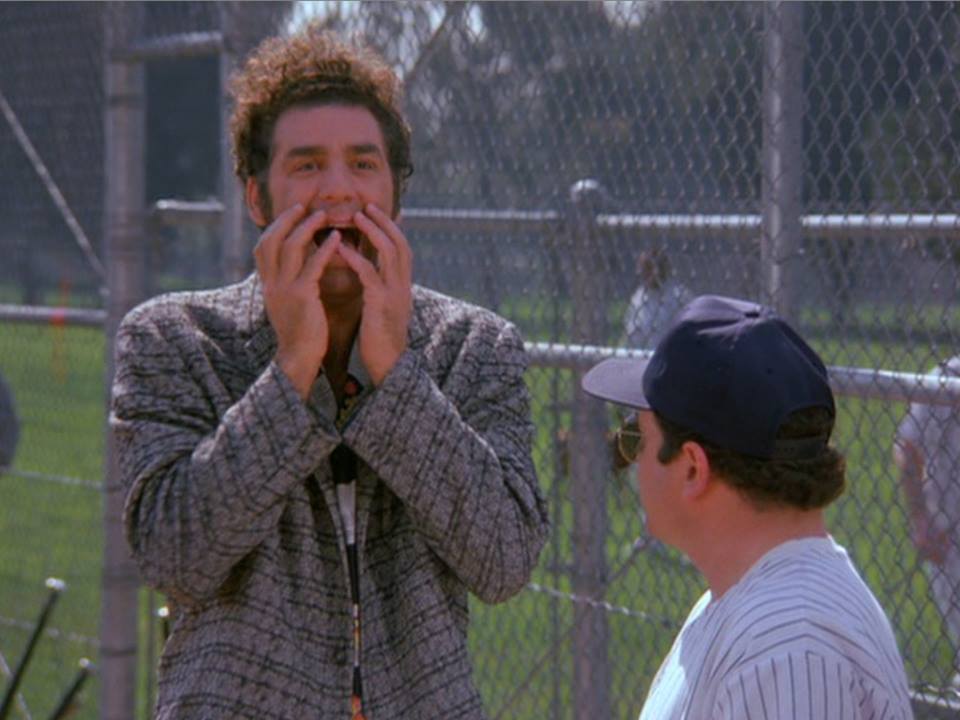 George and Jerry are suspected of deliberately injuring Bette Midler during a softball game, giving Jerry's girlfriend, Bette's understudy, a chance to perform. Kramer becomes Bette's personal assistant. Elaine gets George's father to translate for her when she suspects that her manicurist has made some obvious snide remarks in a foreign tongue. While crying about losing her manicurists, Elaine meets the owner of a catalog, J. Peterman, and gets herself a new job.

Jerry: Just once I would like to tell someone they stink. You know what? I didn't like the show. I didn't like you. It just really stunk. The whole thing real bad. Stinkaroo. Thanks for the tickets though.

Bette: If I don't get a Black and White cookie I'm not going to be very pleasant to be around.
Kramer: Now that's impossible.

Jerry: (to the understudy) So you don't cry when your grandmother dies? But a hot-dog makes you lose control?

Kramer: Oh, understudies are a very shifty bunch. The substitute teachers of the theater world.

George: When you're talking about a movie like "Beaches," moving from the chair to the couch...that's quite a voyage.

The actual J. Peterman Catalogue is based in Lexington, Kentucky and not New York City.

The last scene where Gennice cries over her unlaced boot is a reference to the "unlaced skate" incident that involved Tanya Harding at the 1994 Winter Olympic Games.

Frank uses his move "stopping short" w/ his former Korean girlfriend. This is the same move Kramer uses on Frank's wife Estelle in "The Fusilli Jerry". Kramer also made a "Macaroni Midler" which is another reference to that episode.

During the softball game, George knocks over Bette Midler, trying to score a run. The umpire yells "Safe!" but if you look closely, George never touches home plate.

Bette Midler falls on another man just behind home plate, but when the camera cuts back she is somehow up against the backstop.