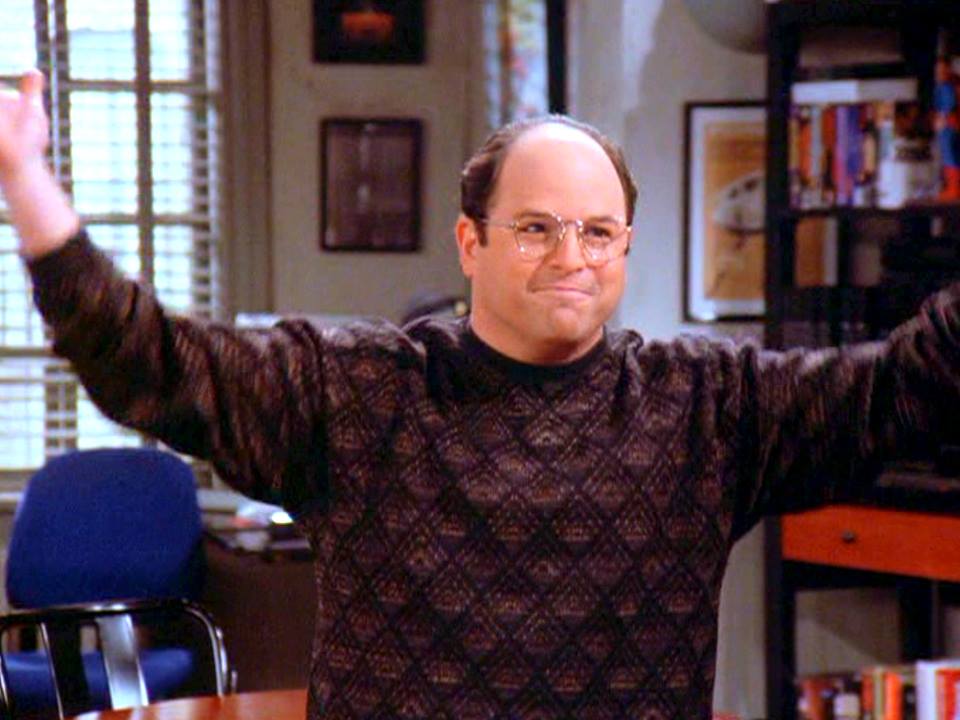 Jerry surprises his parents by buying them a new Cadillac, when his last job really pays well. Kramer who now knows about what Jerry makes says it will change their relationship. It certainly changes his relationship with Elaine, she's interested again. George reconsiders his engagement when one of Elaine's friends tells him that she could have set him up with Oscar winning actress, Marisa Tomei. The cable company wants to see Kramer and he takes the opportunity to get revenge on them. George wants to meet Marisa for a cup of coffee, even when Elaine's friend is in the hospital with a heart condition. Jack Klompus accuses Morty of embezzling funds to pay for his new Cadillac.

George: You know the odds of me being anyone's type? I have never been anyone's type, but apparently, this Marisa Tomei loves funny, quirky, bald men.

Morty: My seat's got a memory, in case somebody moves it. I could be in prison for five years. I come out, my seat goes right back to where I like it.
Jerry: That's what I was thinking.

Kramer: You're gonna score some big points with the man upstairs on this one.
Jerry: (nodding) oh, isn't that what it's all about?

Jerry: You know, you could put a fence around these condos and call it an insane asylum. Nobody would know the difference!

Jack: Your son could never afford that car. We all saw his act, last year, at the playhouse.

Evelyn: I'll see you at the Lichtenberg's, tonight.
Helen: The Lichtenberg's?
Evelyn: Yes, they're having a party.
Helen: We weren't invited.
Evelyn: Oh. Probably they think you're too good for them. You know, because of the car.

Jerry: (after Kramer asks him what he plans to do with all the money) Actually I was thinking of donating a large portion to charity.
Kramer: Really?
Jerry: No.

Two years prior to this episode Jason Alexander and Marisa Tomei both appeared in the film "The Paper" (1994), although they had no scenes together.

This two-part episode was nominated for the 1996 Emmy Award for Outstanding Individual Achievement in Sound Mixing for a Comedy Series or a Special.

Jerry leaves his napkin wadded up on the coffee table when he answers the door for the cable guy. The napkin has disappeared when he gets back to the couch.