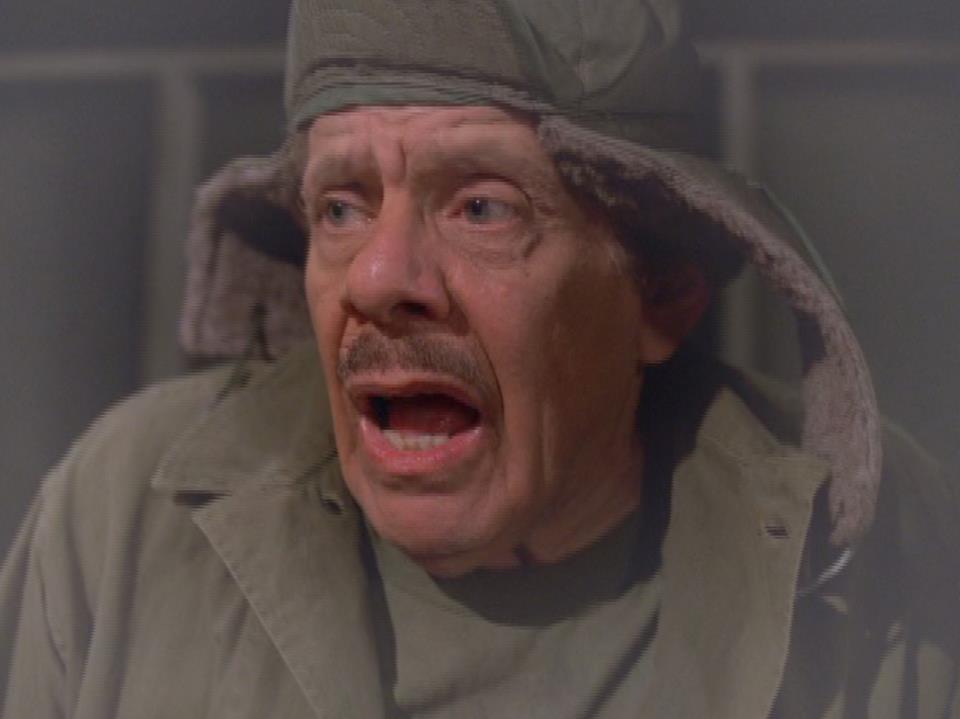 I sent sixteen of my own men to the latrines that night. They were just boys.

Kramer volunteers to cook dinner for a Jewish singles function, and tries to recruit Frank Costanza to help him. George has to speak to the Yankees front office on the topic of Risk Management, but has trouble learning the material. Jerry's is intrigued that his girlfriend has a mentor - that is, until he finds out that the mentor is dating Bania. Elaine is forced to deal with a fatigue-wearing, deranged employee.

(Bania reading Jerry's joke)
Bania: Why do they call it Ovaltine? The mug is round; the jar is round... they should call it Roundtine. (pauses) That's gold Jerry, gold!

Kramer: You know, Frank, you could take a break.
Frank: No breaks! I feel reborn. I'm like a phoenix, rising from Arizona.

Eddie: Well. I'm not married to it.

Jerry: So, I finally met the mentor.
George: What's she like? Impressive?
Jerry: Oh yeah, she's dating Bania.
George: Bania?
Jerry: Yeah. I had to spend two hours at dinner last night with that specimen.

Eddie: It's hard to keep your shoes dry when you're kickin' in a skull.

Kramer: (Handing Jerry and Elaine a flyer) Check it out.
Jerry: "Jewish Single Night"
Kramer: I expect you both to be there.
Elaine: I'm not Jewish.
Kramer: Well, neither am I.
Jerry: Then why are you going?
Kramer: I'm not going; I'm running it.

Abby: I don't think I wanna date a mentor whose prot

Notice, right under the huge banner reading "WELCOME JEWISH SINGLES", there are two crosses hung on the wall.

When Frank pours himself a glass of scotch, the bottle says "Hennigans".

According to the Inside Look on the DVD, writer's Andy Robin and Gregg Kavet based this story on their experiences as being mentors and proteges at the studio.

When Kramer spills the kreplach, three small pieces land near the edge of the counter. In the next shot, there are four pieces, which are noticeably larger and further from the edge.