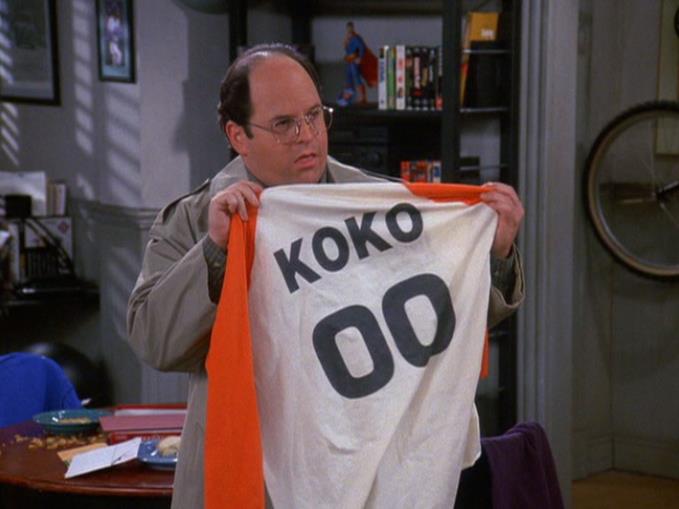 Jerry hires a maid for his apartment, but ends up paying her for more than just cleaning. When Kramer's girlfriend moves downtown, he must deal with the difficulties of a "long distance" relationship. Elaine can't seem to catch a break when it comes to her phone number. Meanwhile, George is hoping to earn himself a catchy new nickname.

Jerry: Well,where are you?
Kramer: I'm at the corner of first, and first. Wait a minute. How can the same street intersect with itself? I must be at the nexus of the universe!

George: Jerry, I've been thinking. I've gone as far as I can with "George Costanza".
Jerry: Is this the suicide talk or the nickname talk?

This is the second episode in a row where George makes reference to eating an ostrich burger.

When Jerry says "Stay alive! No matter what occurs, I will find you!", he is making a reference to a well-known Daniel Day Lewis line from "The Last of the Mohicans".

When Jerry and Elaine are playing "Battleship", Elaine calls a "hit", and Jerry puts a white peg on his board. However, the peg for a "hit" should be red.

When Kramer and Elaine discuss sending her a fax, the level in Kramer's juice bottle suddenly drops without him taking a drink.