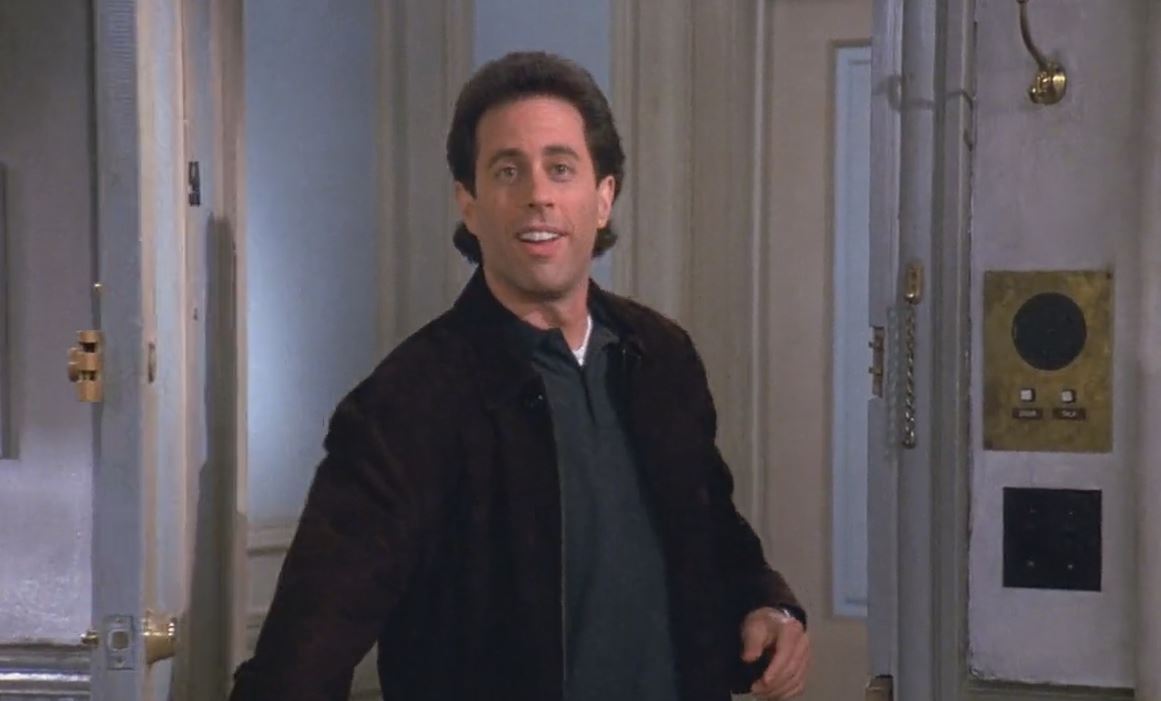 It seems like every week a whole new set of problems would crop up out of nowhere, except for summer, when nothing seemed to happen for months at a time.

Jerry, Elaine, George & Kramer plan to go to a movie, but Jerry takes out a little time to look at nine years of memories from the show.

Elaine: (from the hallway off camera) Jerry?!
Jerry: SHUT UP!

The title of this episode in syndication is "The Chronicle," which harkens back to the original name of the series when it first premiered back in 1989.

This episode aired immediately before the series finale. An outtake of the cast dancing between takes during the filming of the finale is featured here.

When originally shown, both parts of this episode were shown in a 45 min time slot. When this episode was rerun on 9 May, the missing fifteen minutes of footage was restored.