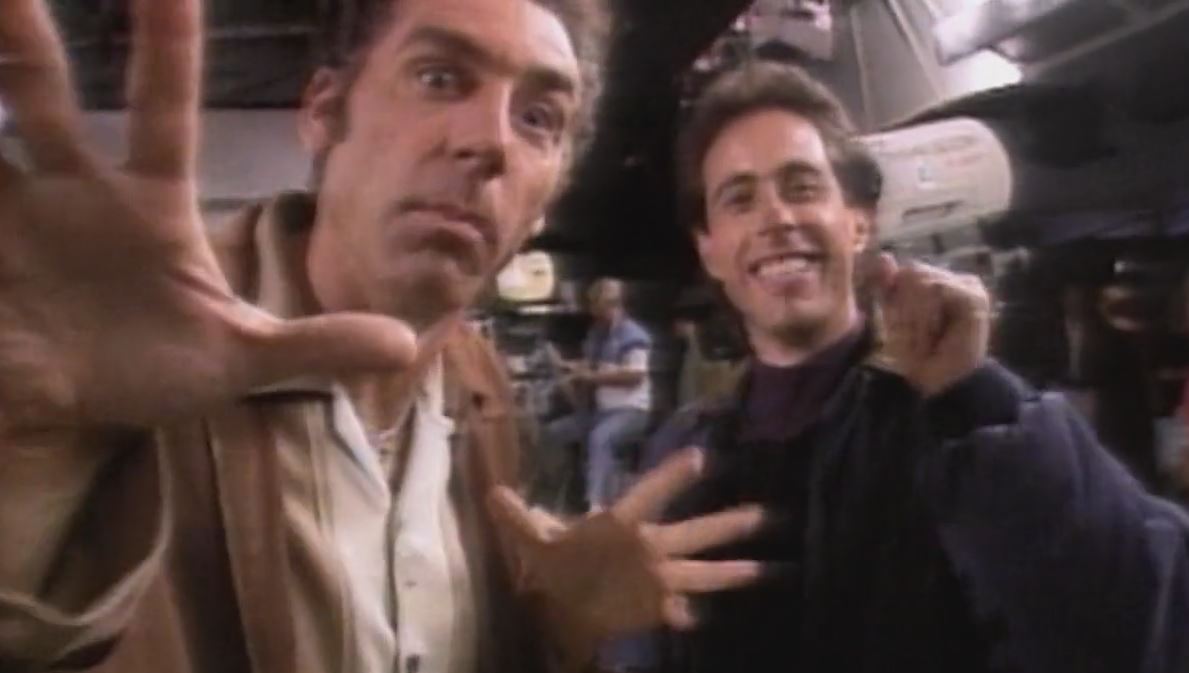 I hope you had the time of your life.

More clips are seen and finally the closing minutes feature a series of bloopers and a musical montage that features the song "Good Riddance (Time of Your Life)" by the band Green Day, from their 1997 album Nimrod.

Jerry: We made a lot of new friends, shared a lot of laughs, mostly on the expense of others, and slept with...well, who's counting?

(bloopers from "The Pie")
Jerry: Hello...
Audrey: What are YOU doing here?
Jerry (can't remember his line): I don't know.
(everyone starts laughing)

During a sequence of the characters doing some dance moves set to the Michael Jackson song "Don't Stop Til You Get Enough", there is a shot of George, Elaine, and Jerry doing the swim move down a hallway. This is not a clip from any episode, but rather an outtake from the final episode that aired directly after the clipshow on NBC. The three characters are clearly wearing the same clothes as in the finale and are on one of the finale sets in the jail. In the background, you can see Michael Richards walking around.

The version of In the version of "Good Riddance (Time of Your Life)" used in this episode is slightly sped up.

When originally shown, both parts of this episode were shown in a 45 min time slot. When this episode was rerun on 9 May, the missing fifteen minutes of footage was restored.